After starting the process to finish our basement last year with a contractor framing out the walls and replacing our basement stairs in August, we thought we could see the end in the not so far away future as the drywall began in mid October. Of course though… 2020, and with that came not only COVID, but delays and obstacles aplenty. Being the largest home improvement project we’d ever done before, we really didn’t know what to expect, and much like when we went in to be induced with Isabella, we expected somewhat immediate results. Definitely not the case! 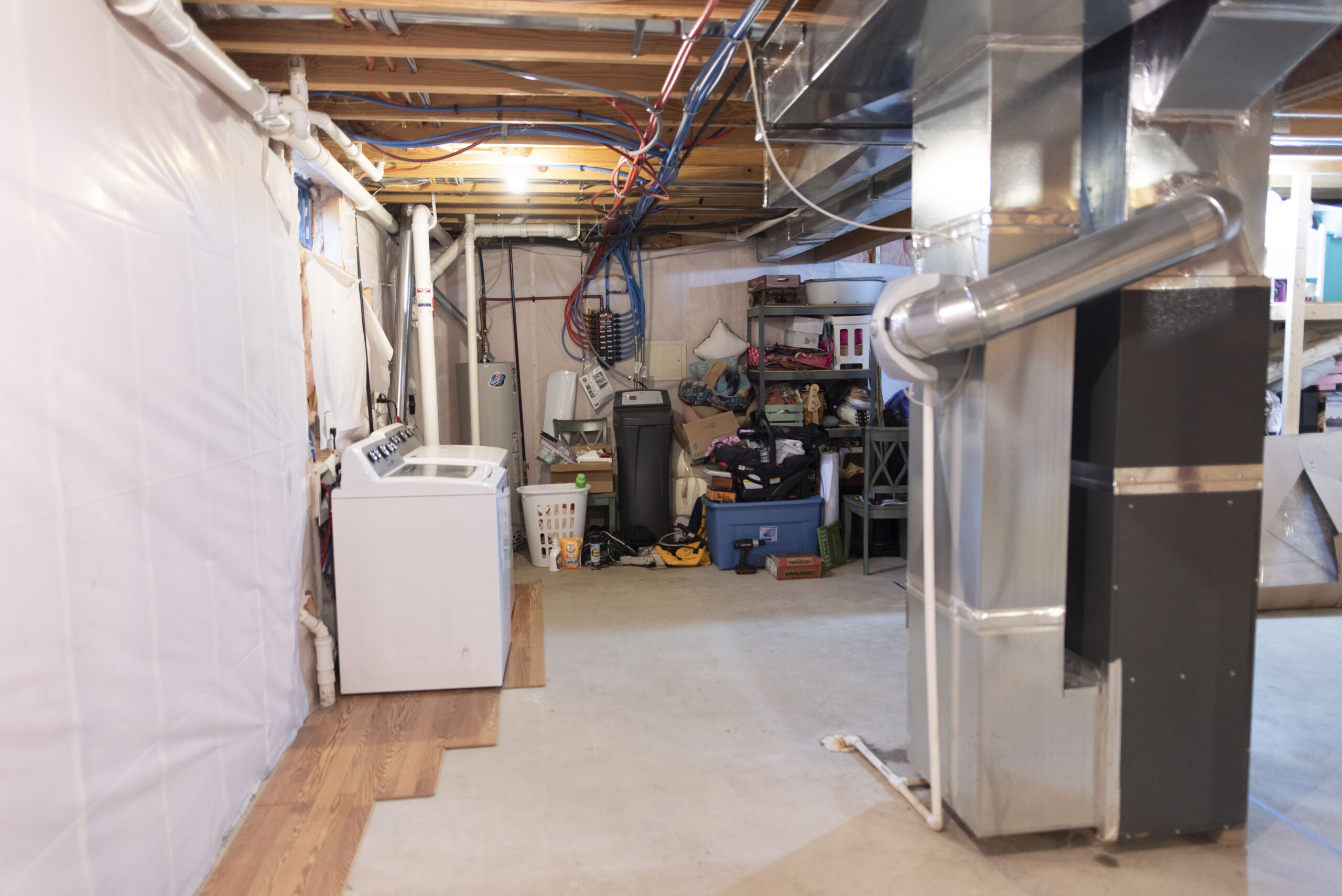 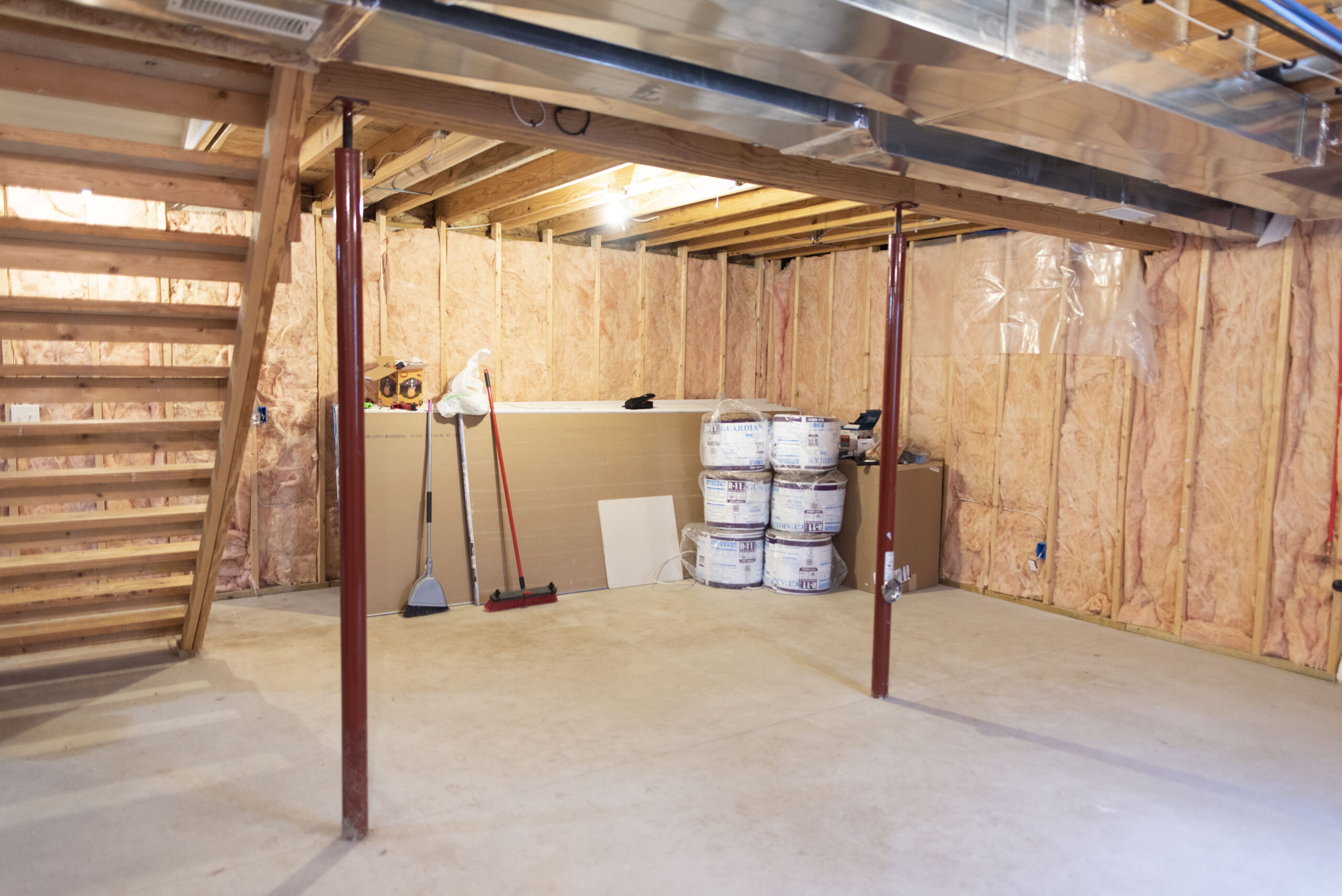 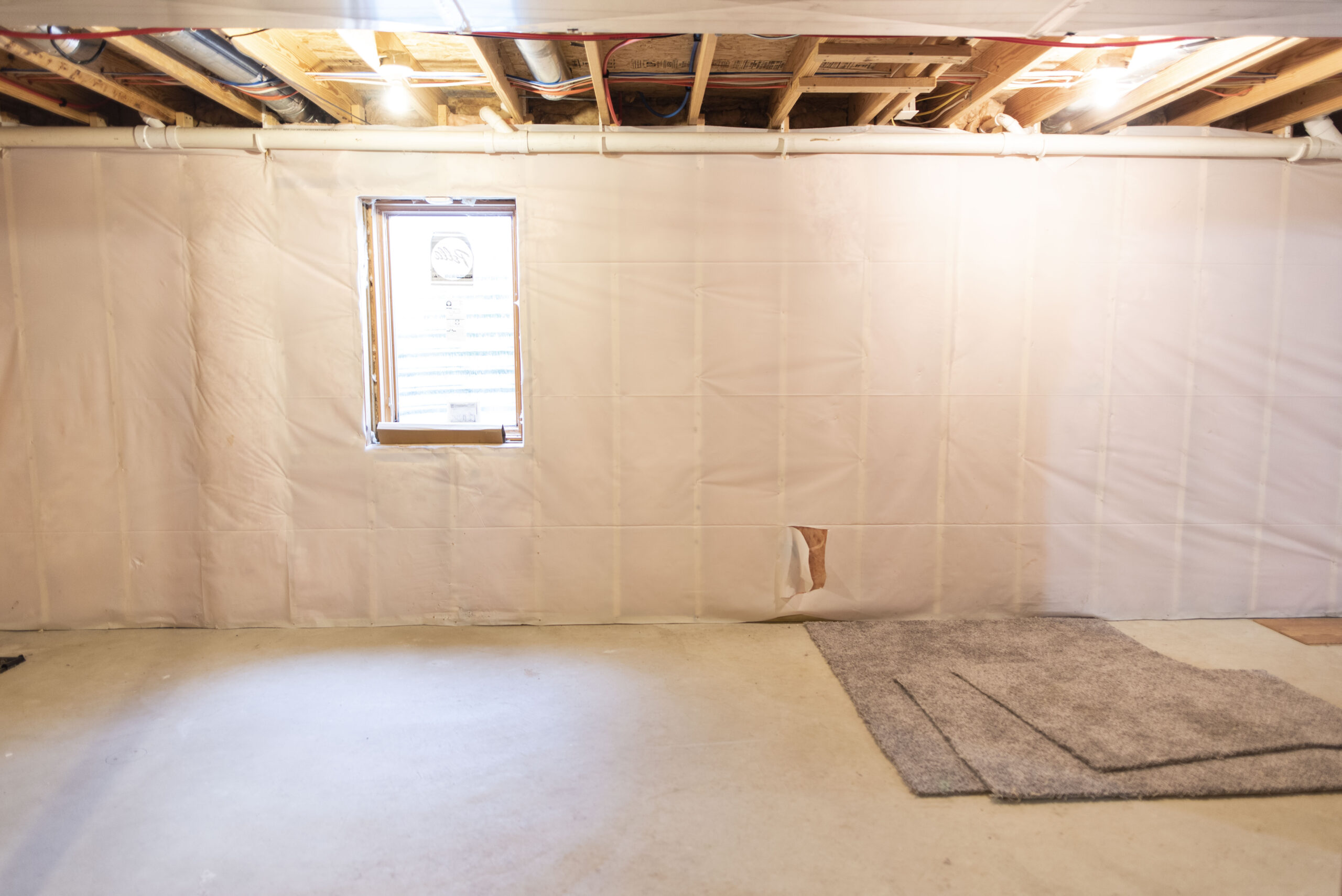 After the framing was finished, my husband Andrew was all hands on deck with the electrical work. He wired and installed wafer thin puck lights throughout, regular and dimmer switches, and outlets in various places that we had mapped out beforehand. Previously hung basement lights were moved to the storage area that would remain unfinished and the one smoke detector that was originally there was moved and more were purchased to create a safer downstairs environment. The drywall was then hung by my husband Andrew, brother Tommy and nephew Kaleb. My brother then did all the mudding and sanding, and my nephew helped with sanding and odd jobs around the basement. By January 24th, the drywall had finally been completed and the basement was cleaned up and ready for the next step! 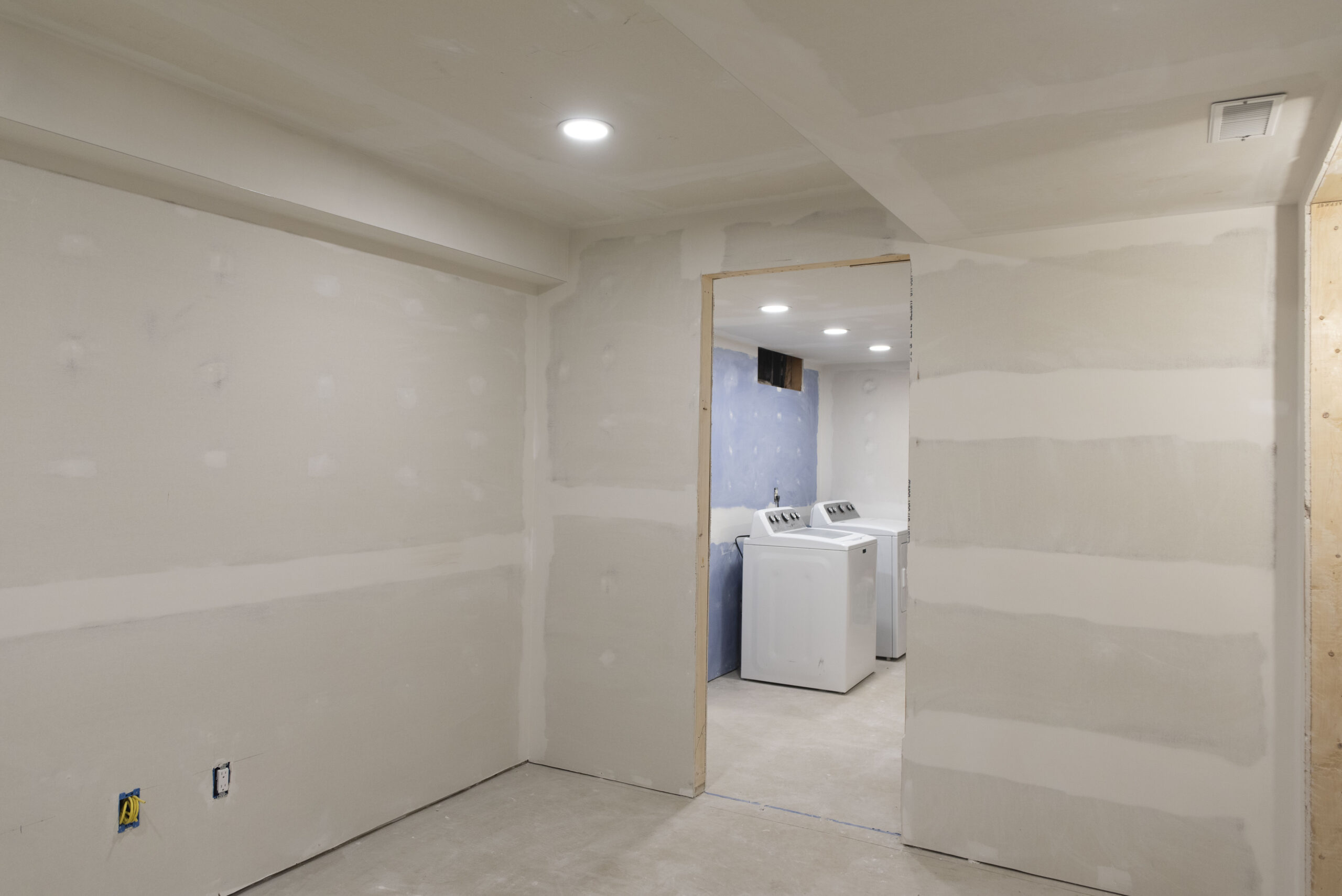 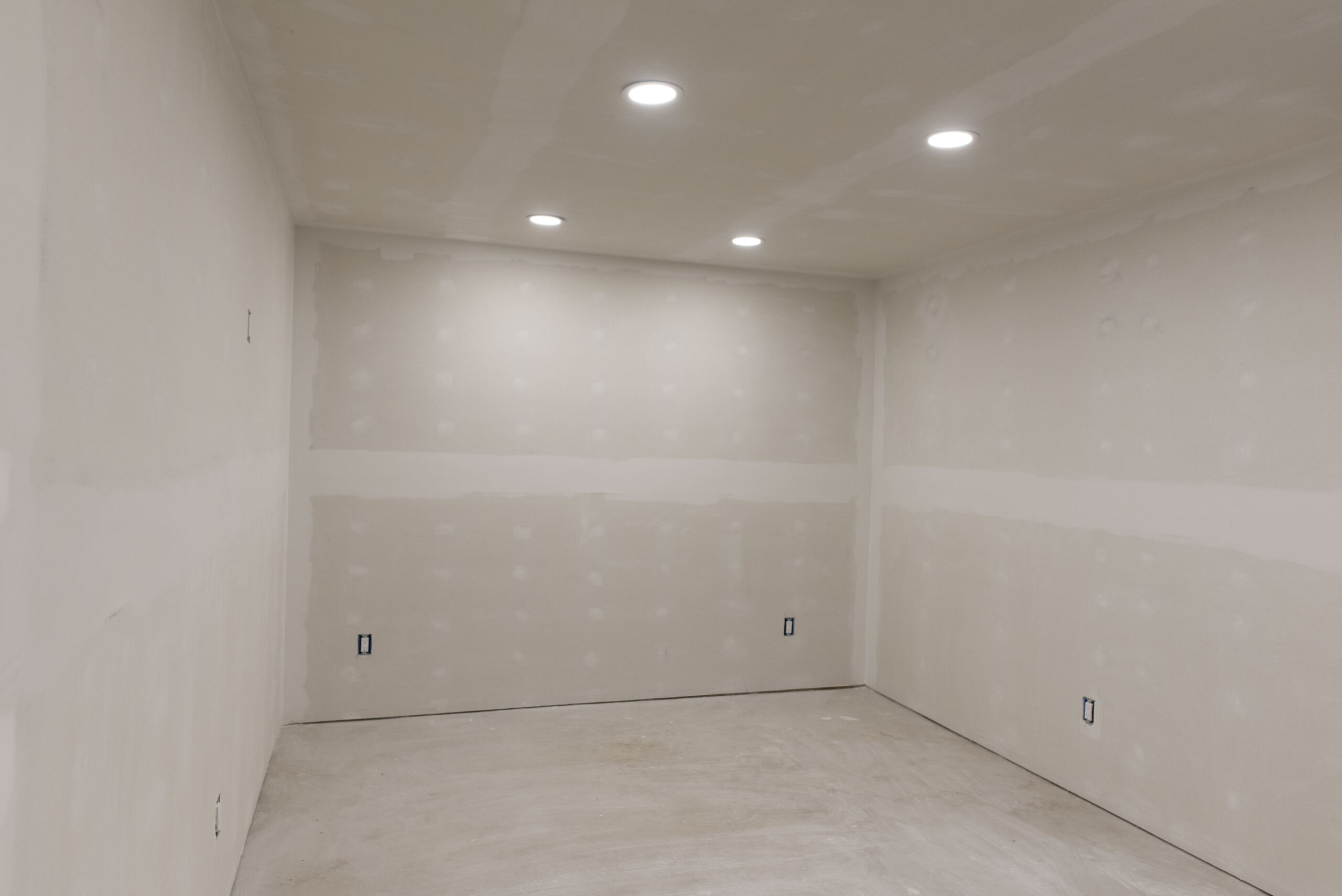 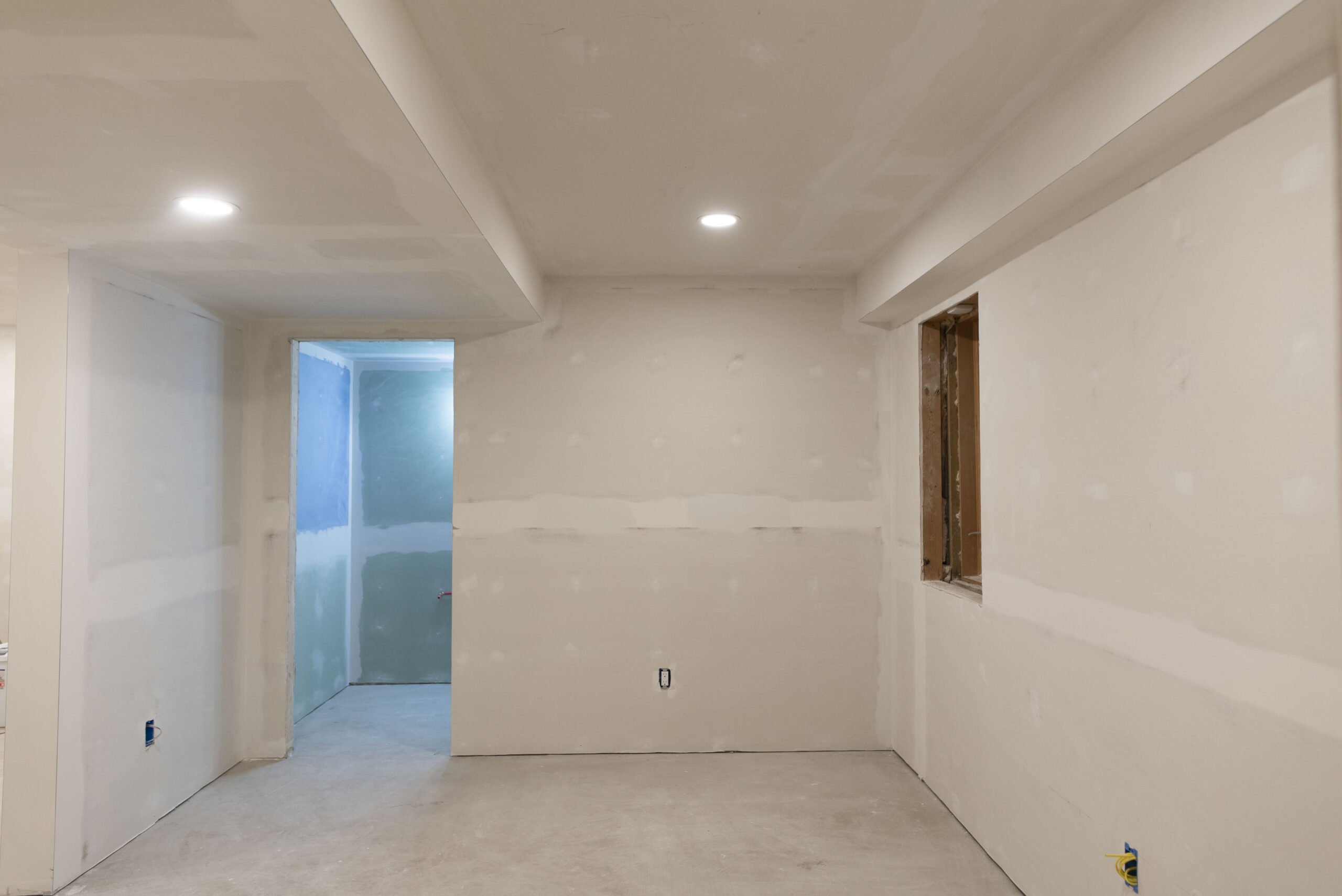 We wasted no time the very next day getting to Sherwin-Williams to buy primer, paint and painting supplies. We chose the colors, Sea Salt for our laundry room, Slate Tile for the media room and stairwell, and Mindful Gray for my office and the bathroom. For the playroom we wanted to match the creamy color, Almond Paste that we had around our main floor, purchased previously from Lowes. Sherwin-Williams was extremely helpful and happy to create a matching color for us from the color mix details we had on an older can, which was great! 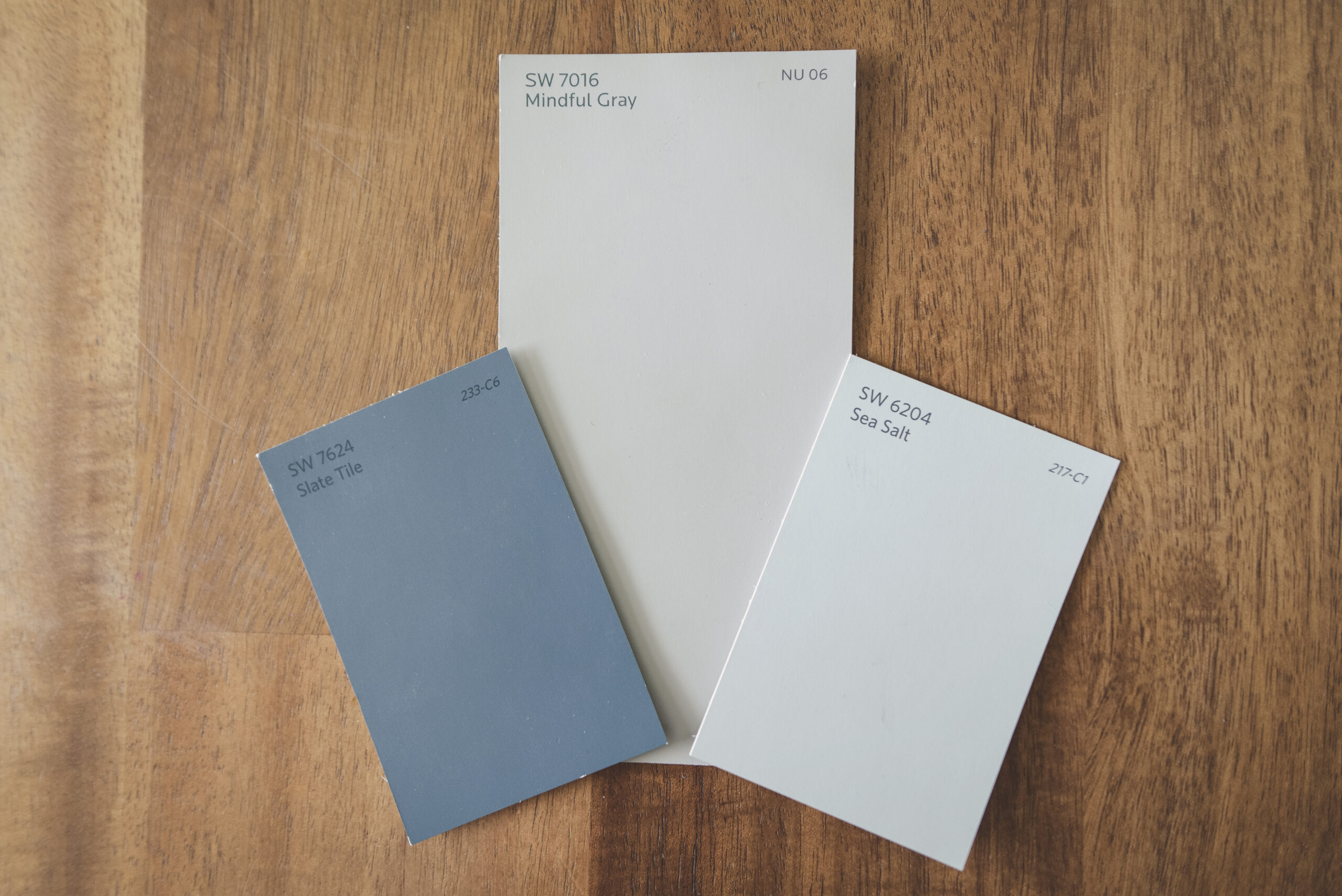 The primer went up quickly in all rooms followed by the white ceilings, and before we knew it we were a week out from the day the drywall had been completed, and already had 4 rooms fully painted and ready for flooring. My office, the laundry room, bathroom, and Isabella’s playroom! The next week brought with it the finishing of painting entirely, rounding out the basement with our media room and stairwell. 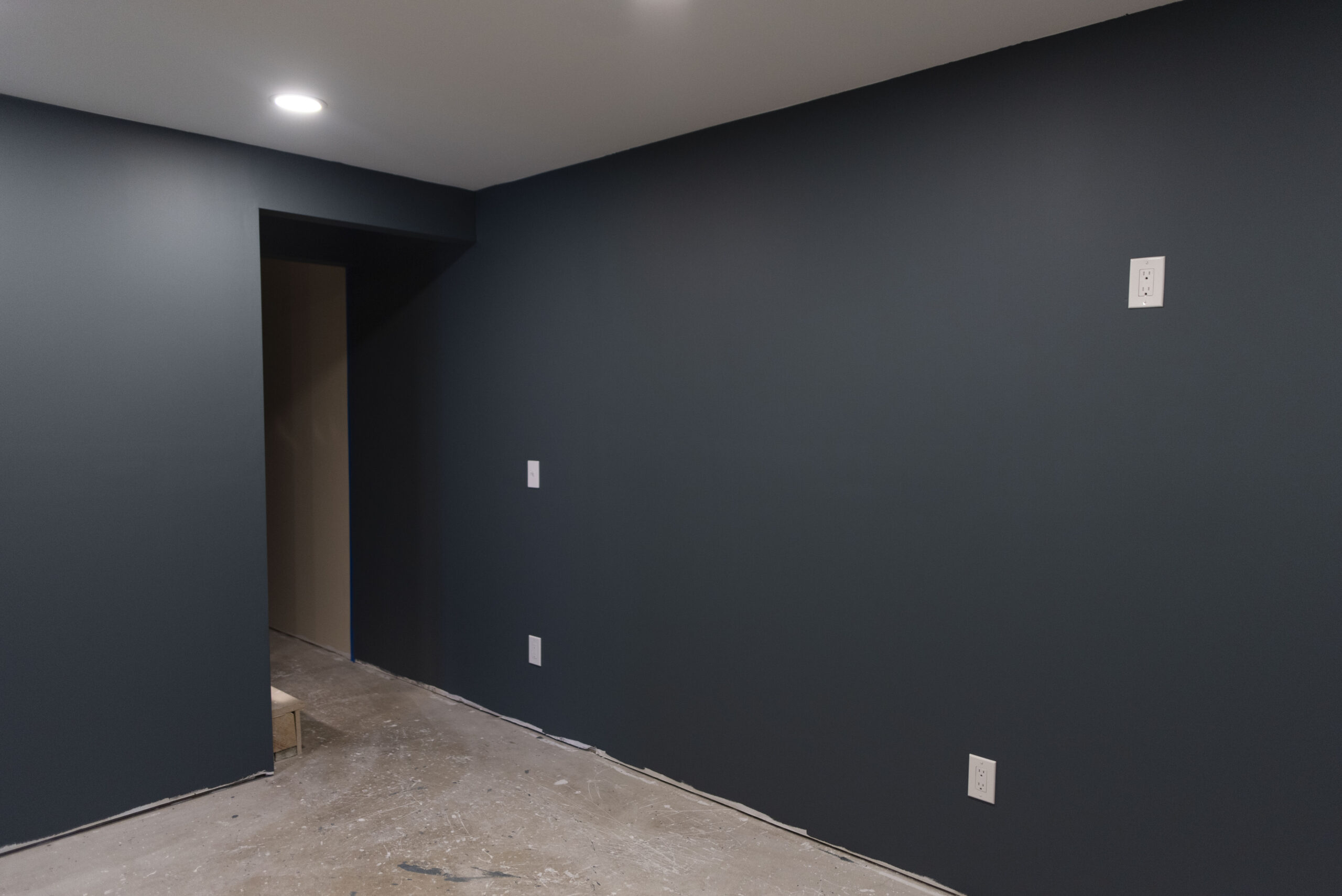 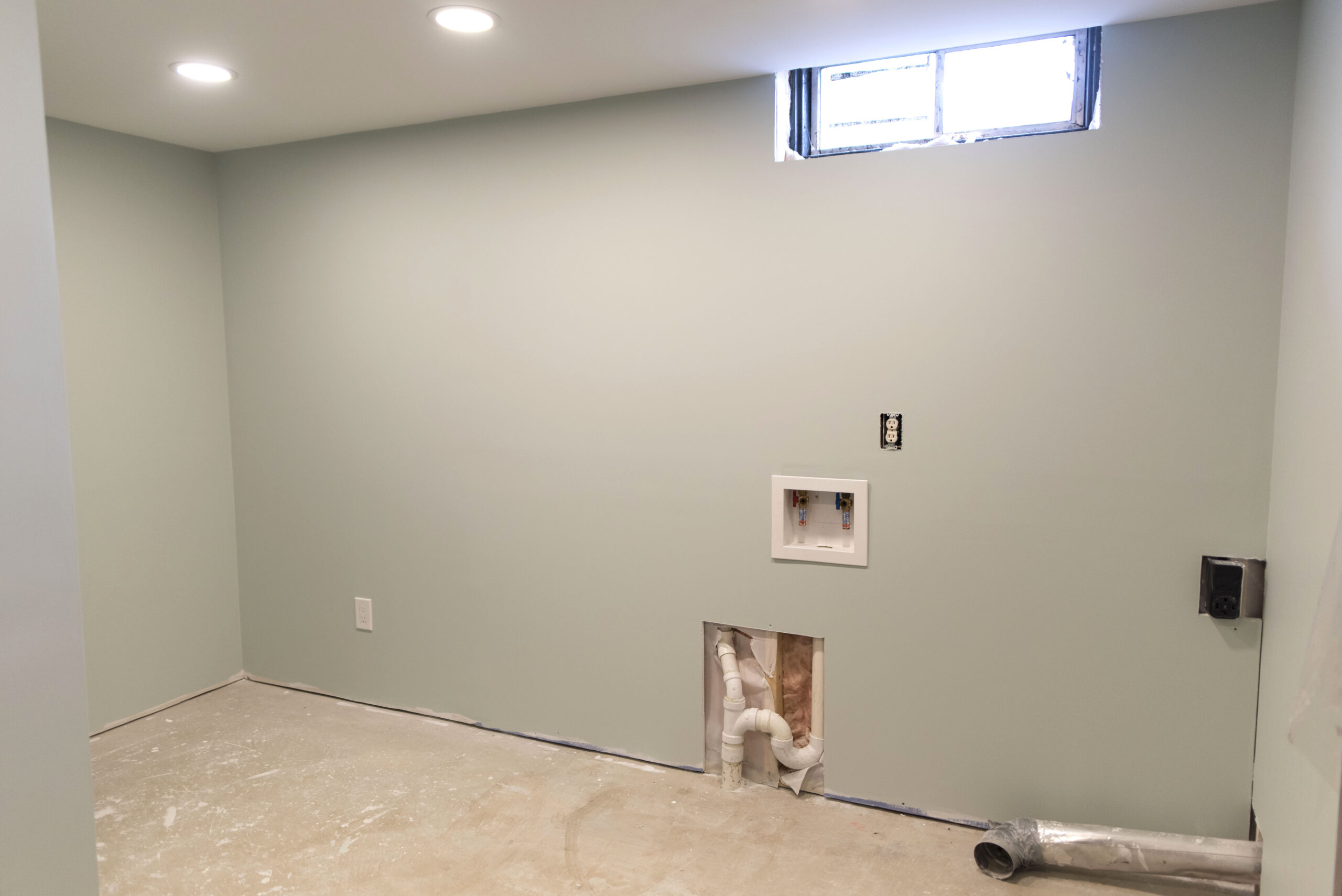 Finally, with time on our side, we found ourselves ahead of schedule, waiting for our vinyl flooring to come in so it could be installed before trim and doors. With some extra time, I decided I would start painting the half rainbow mural in Isabella’s playroom I had been planning along with another mural to blend the media room and playroom walls since they all ran along the same main wall. This in theory sounded like a great idea, but once I started the rainbow I quickly decided that I would Not be doing a blending of the walls mural.. along with not pursuing any future career in mural-ing either! 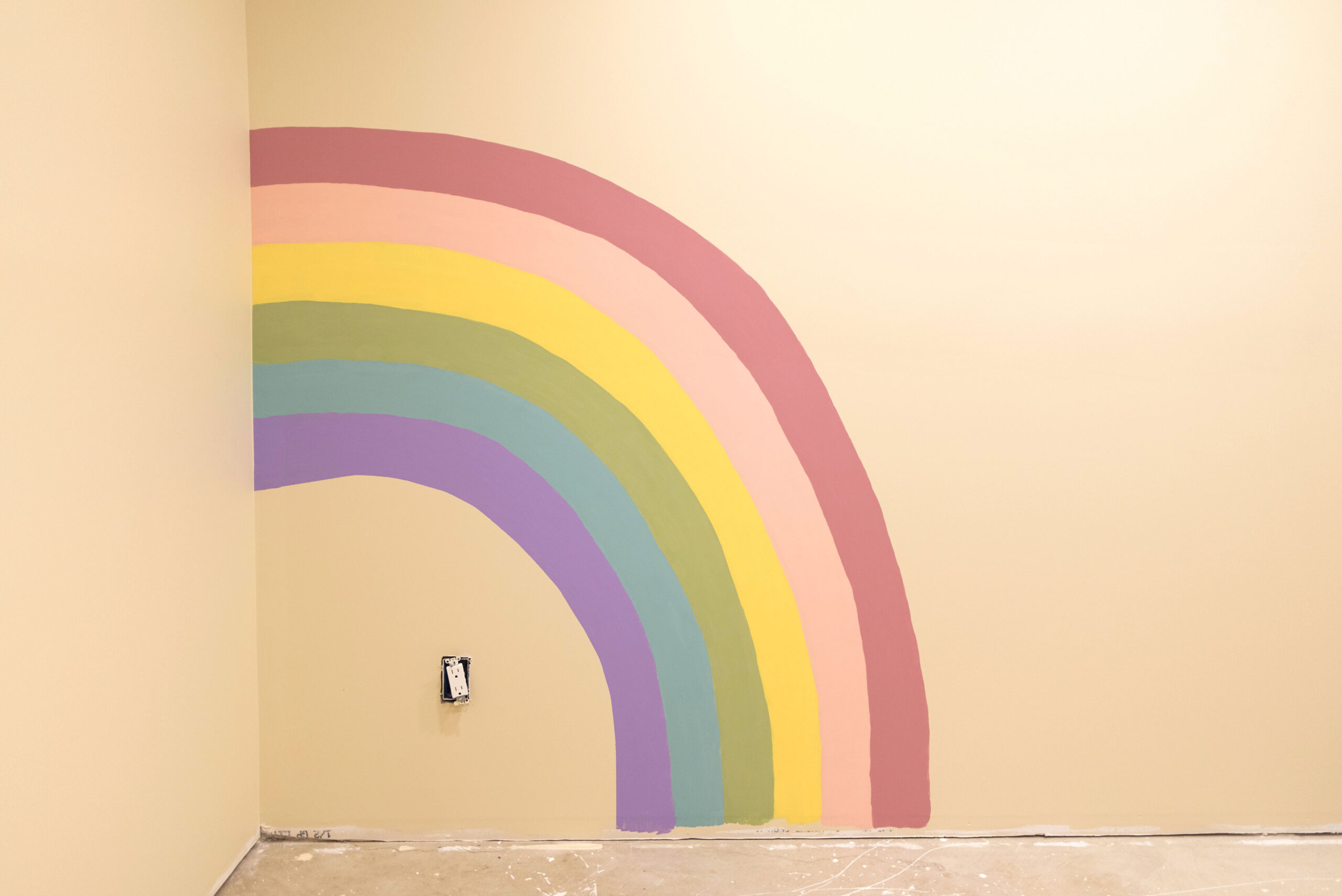 You can read all about the process for the Rainbow Mural, HERE!

Though it was quite a task and isn’t perfect, I am definitely happy with the overall outcome of the rainbow mural, and it makes for a very cute corner in the playroom!

Once the mural was finished, the rest of the outlet and switch covers went on and we took our time doing small paint touch ups in the corners where the walls and ceilings meet.

Our vinyl plank flooring finally went down next! Originally we had planned for this to only go in the playroom, and have a darker grey flagstone sheet vinyl laid in the bathroom and laundry room, but changed the plan after finding out the sheet vinyl would be laid directly onto the concrete and not on a subfloor. Wanting to make those floors a bit softer on our feet, we decided to match the flooring we had chosen for the playroom in the laundry room and bathroom, and after seeing it with the paint colors we chose, we were so glad we did! 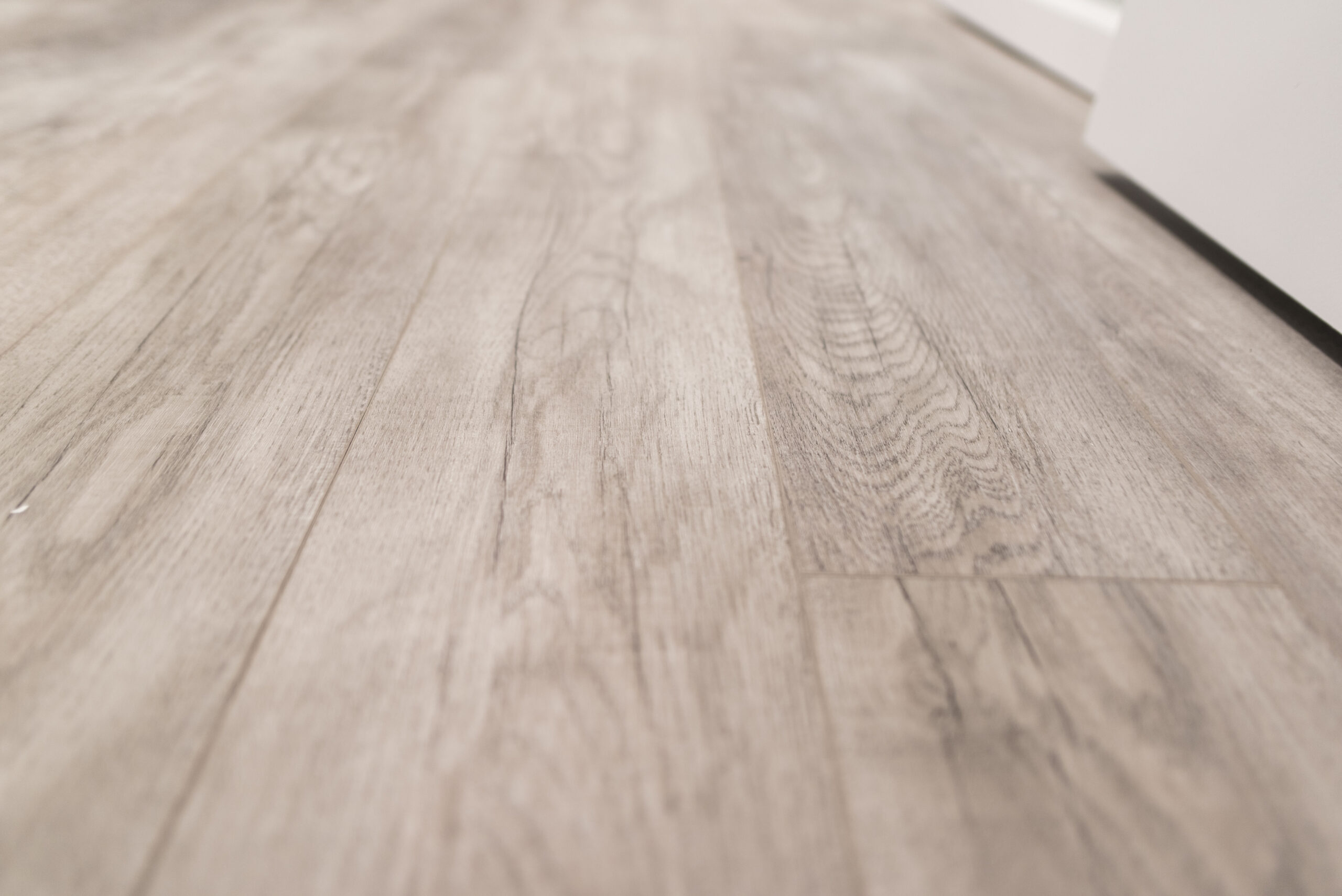 The following Monday our contractor’s crew came back out to start on the trim and doors. They painted the trim and doors and installed them over the course of the next few days. At this time since we had some touch ups and fixes to do, we made the decision to reschedule our carpet installation and couch delivery out one more week. 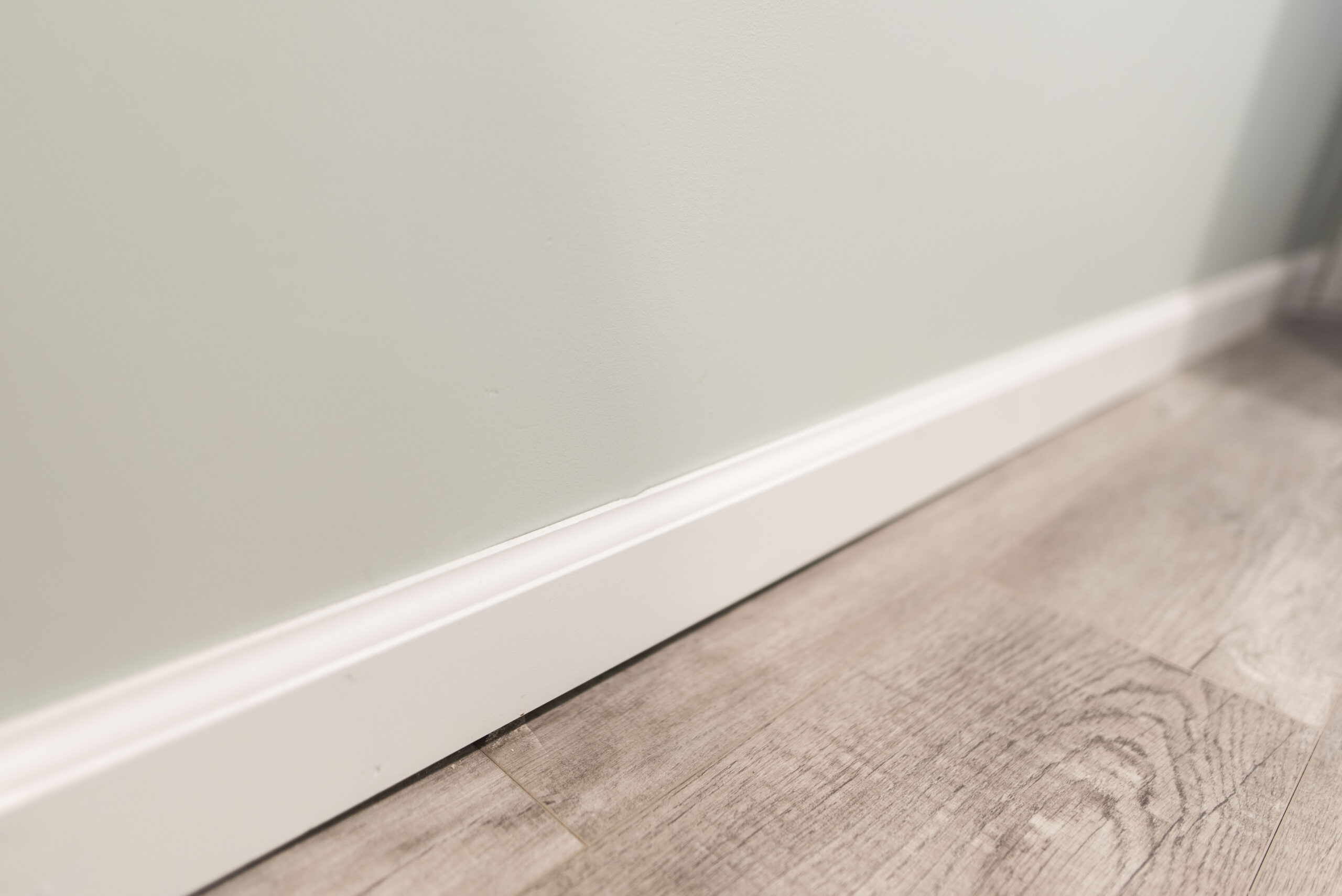 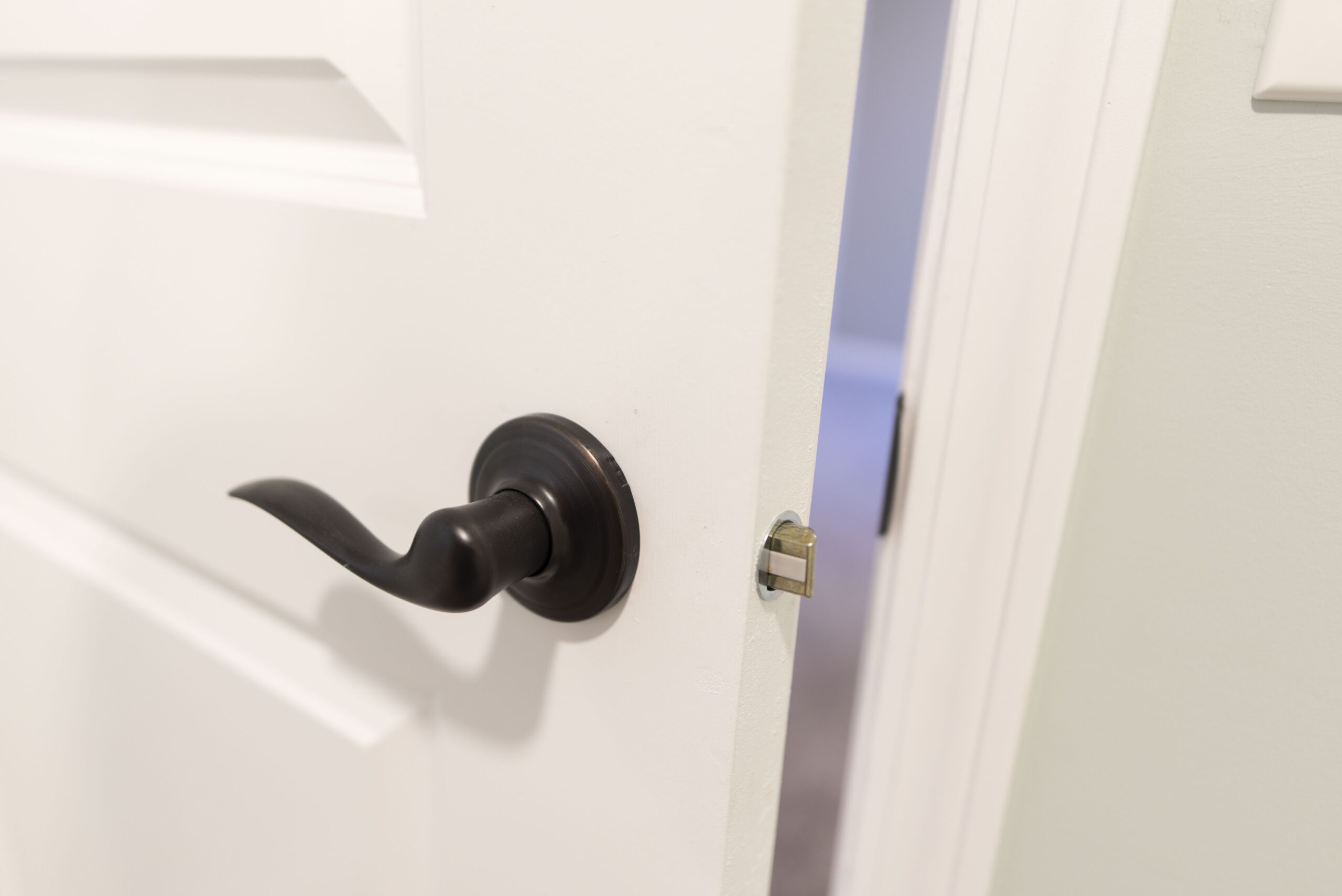 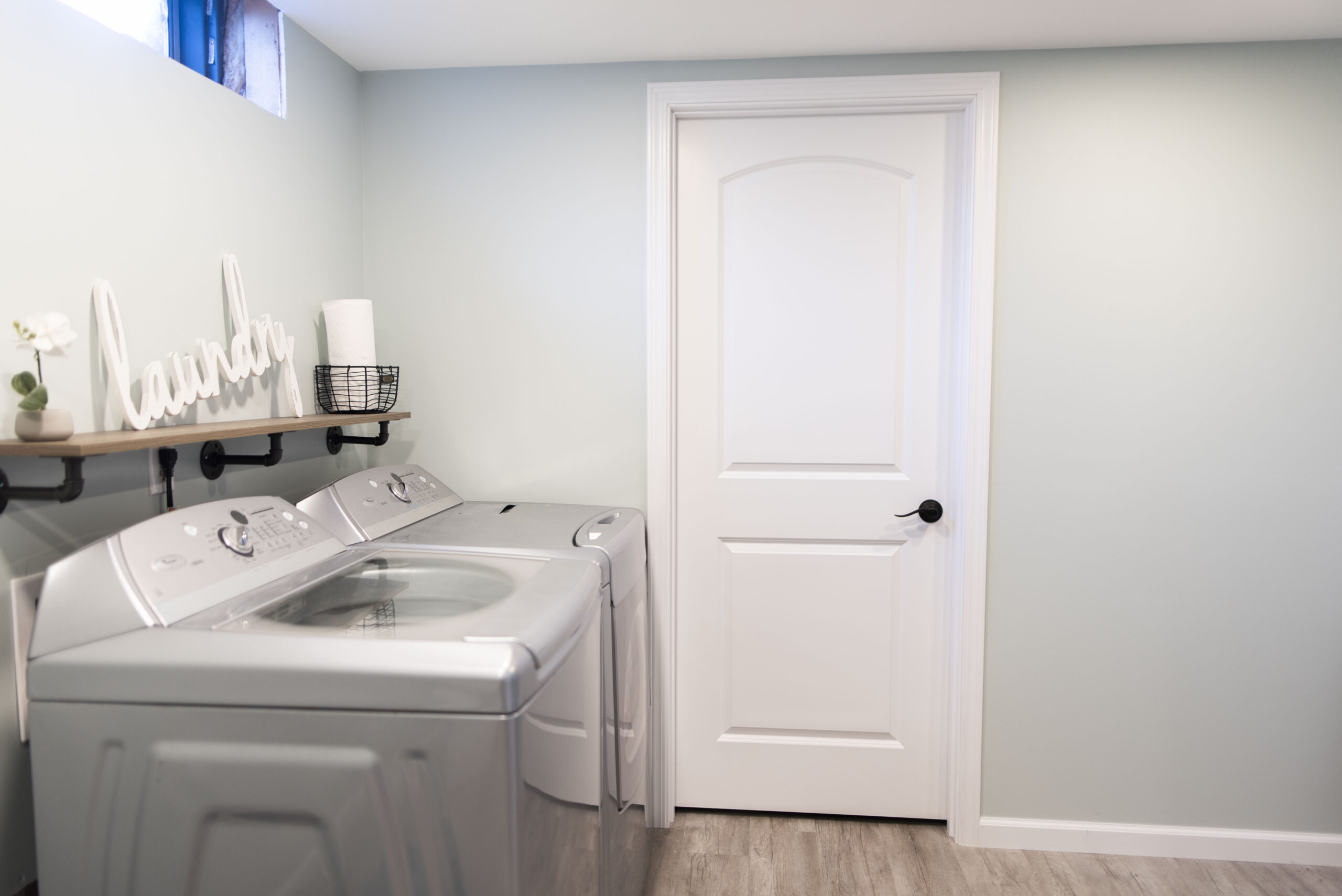 Soon enough, the day arrived; the day marked ‘CARPET!’ on our calendar. We were so excited to finally see the carpeting go in, and we both breathed a huge sigh of relief when the installers left. The carpet was like the icing on the cake, and in a couple swift moments of walking around and taking it all in, all the stresses, from the issues, the rescheduling, the delays.. it all faded away. The basement was finally finished minus a couple small things (a few pieces of trim, the bi-fold doors for in the laundry room, and the window casings which we hadn’t gotten in yet). 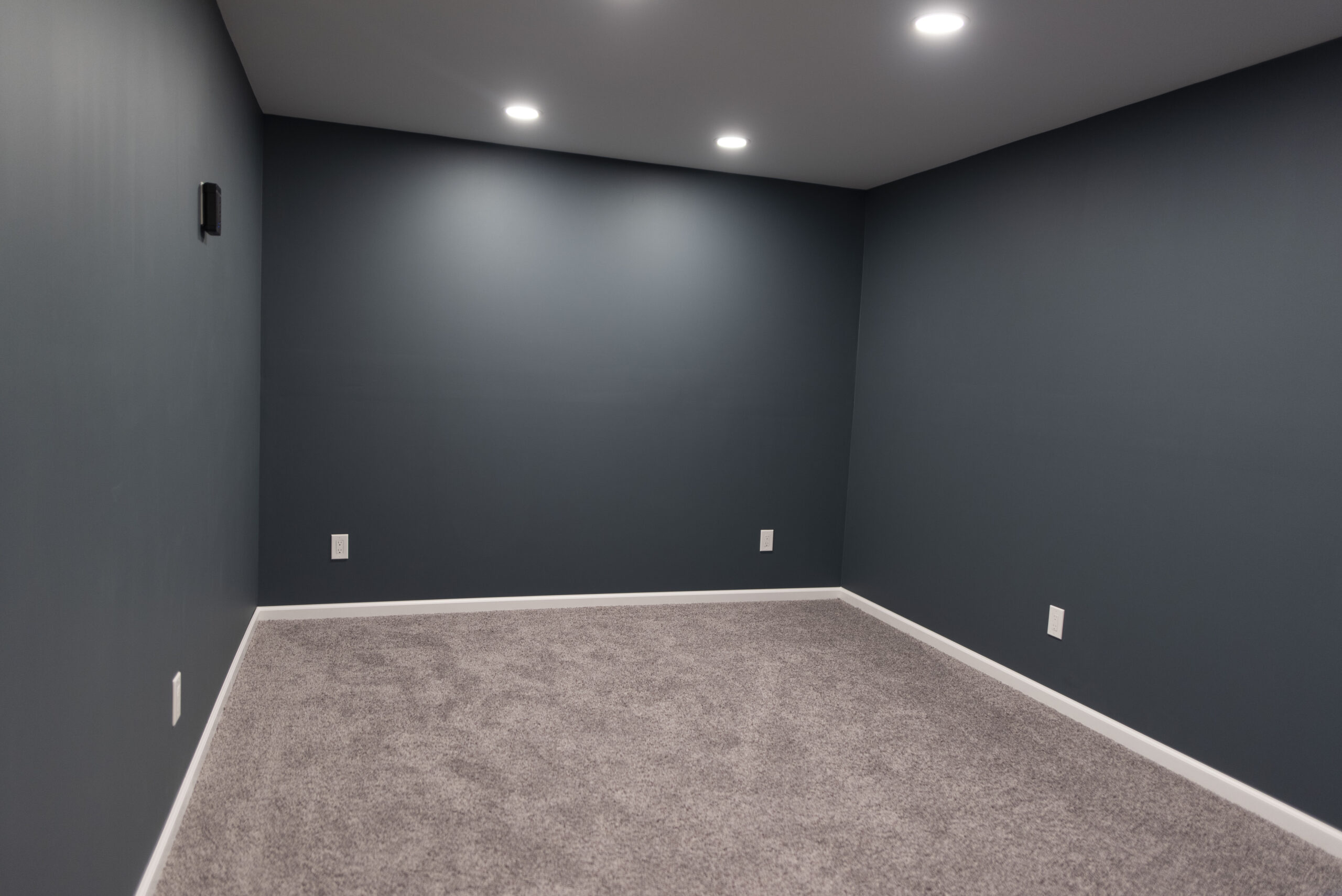 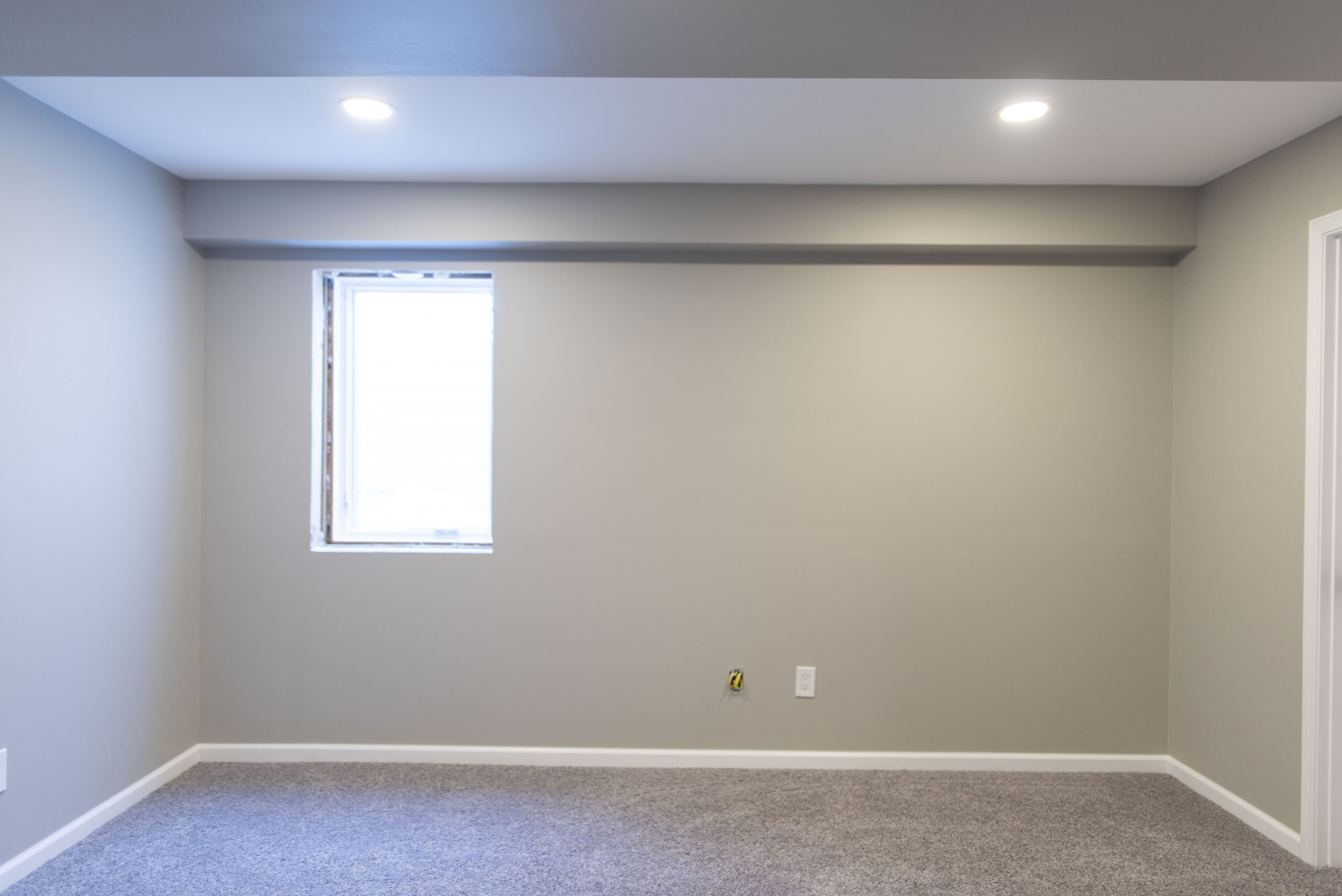 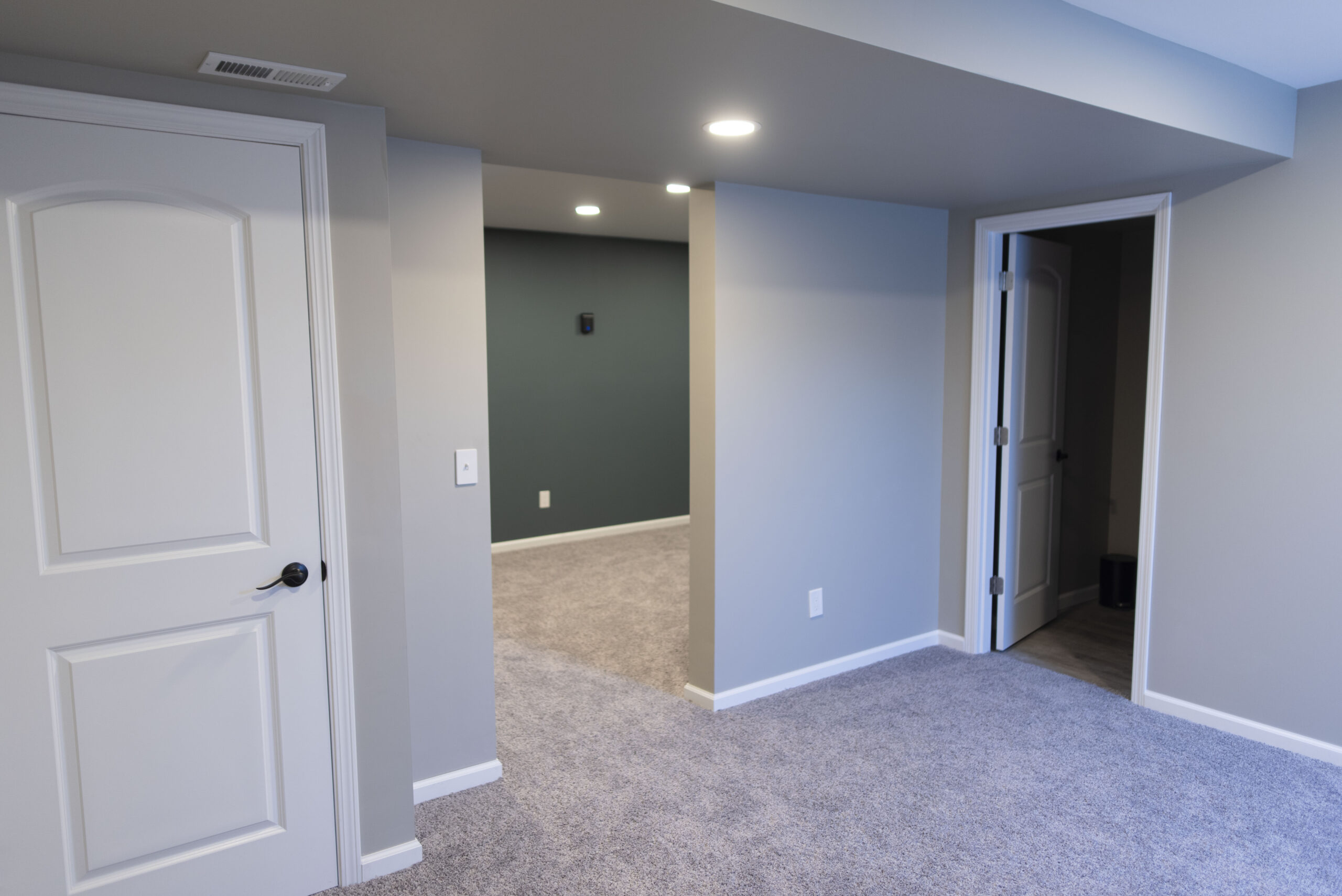 Officially at the 7 months mark since starting the basement remodel, the relief of being finished was real!

You can read about each room fully coming together with all design and organizational aspects in separate posts to come.. 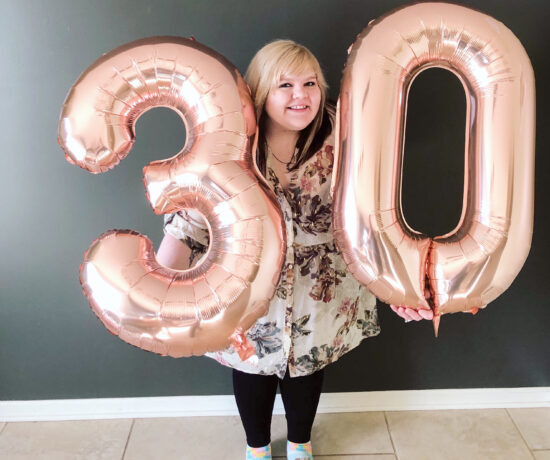 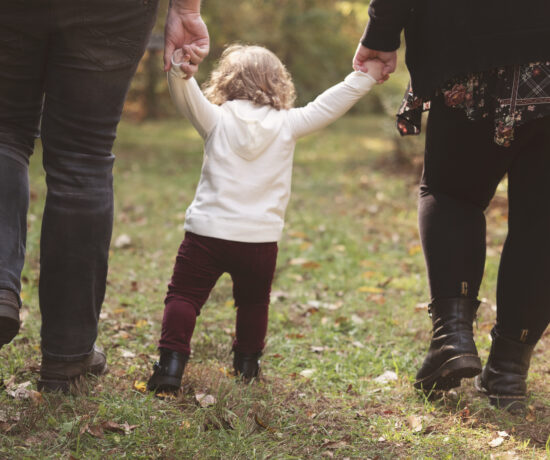 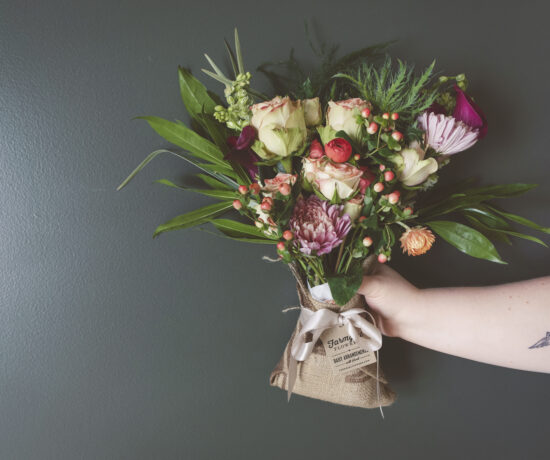 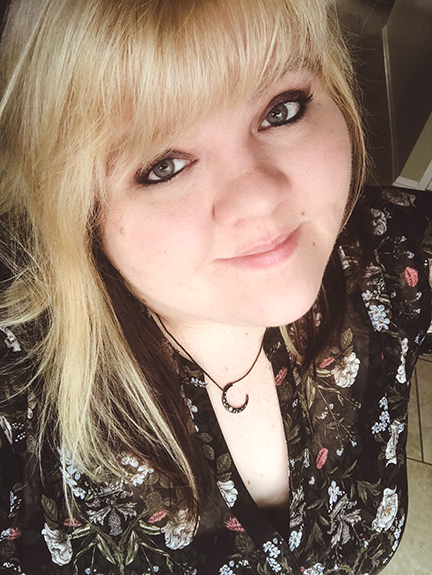 My beautiful family! A little throwback to the war

My baby is 4! Every year I feel such a mix of emot